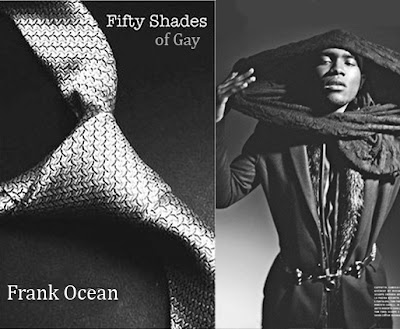 BIG UPS to Mr. Frank Ocean who seems to have come out of the closet via his tumblr page, posting an open letter stating,

“4 summers ago I met somebody. I was 19 years old. He was too. We spent that summer, and the summer after, together.  Everyday almost.  And on the days we were together, time would glide. Most of the day I’d see him, and his smile. I’d hear his conversation and his silence…until it was time to sleep. Sleep I would often share with him. By the time I realized I was in love, it was malignant. It was hopeless. There was no escaping.”
Though some have said it to be a stunt to publicize his upcoming album Channel Orange, I think that he is being genuine and commend him for taking such a risk.  How do you think this will affect his audience and album sales?  Do you think Frank will be the next gay icon a la Lady Gaga or Liza Minnelli?
At least Frank has good friends that have his back and are willing to take some of those ladies off of his hands.  Tyler the Creator (@fucktyler) tweets: 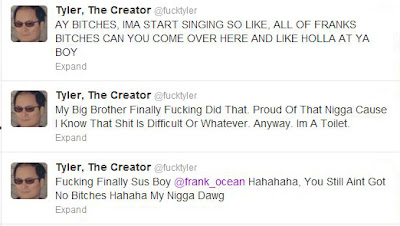